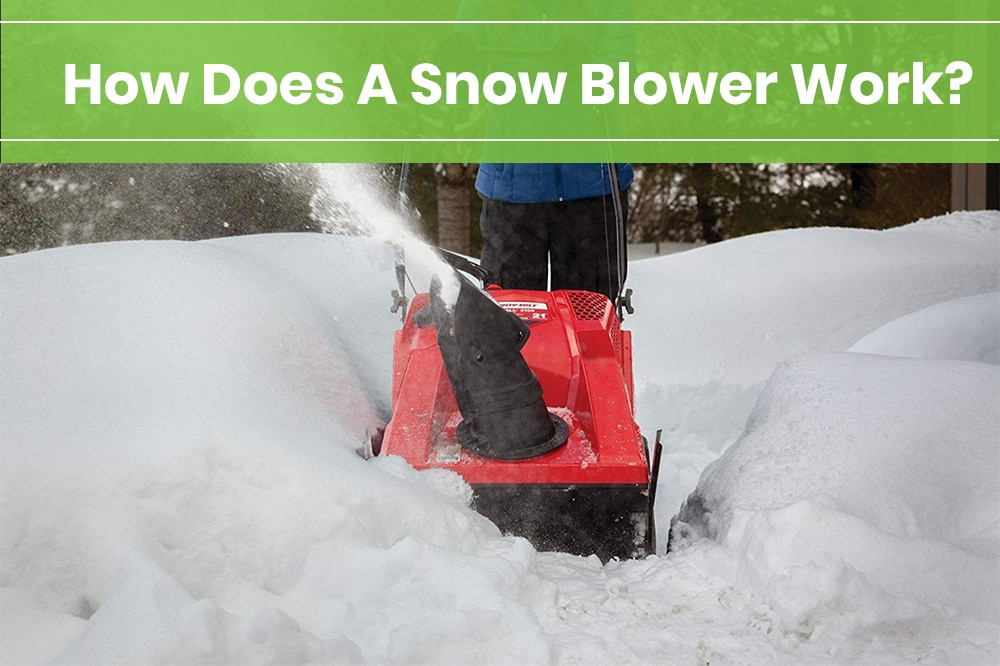 How Does A Snow Blower Work?

A snow blower is a machine that helps you remove snow from unwanted areas. Usually, these include areas such as sidewalks, roadways, ice rinks, runways and more. The commonly used term for a snow blower is a misnomer because it moves the snow using an auger or impeller. More so, a snowblower can use either electric power or gasoline, to remove snow. On the contrary, a snow plower pushes snow to the side.

There are various sizes of snowblowers on the market, each capable of moving snow at specific inches. Furthermore, snow blowers can be classified into two classes which are the single and two-stage blowers. On the single-stage blowers, the auger helps to pull snow into the machine and directs it from the discharge chute.

The auger makes contact with the ground, which means that snow blowers are unsuitable for use in paved locations. On the two-stage blowers, the auger works to pull snow into the machine, and directs it to an impeller rotating at high speeds. Even more, the two-stage blowers can handle excessive snow depths, as when compared to the single-stage models. This is because the snow blowers come with augers that won’t make contact with the ground

The single-stage snow blowers are the first category. These types have an auger, which rotates and collects snow, then fires it out a discharge chute.

More so, as the auger spins against the surface, this action helps to propel the machine forwards. Thus, the operator has to guide the blower, but it mostly works as a self-propelled machine. Also, such a design means that the single-stage blowers are only suitable for smooth and hard surfaces. 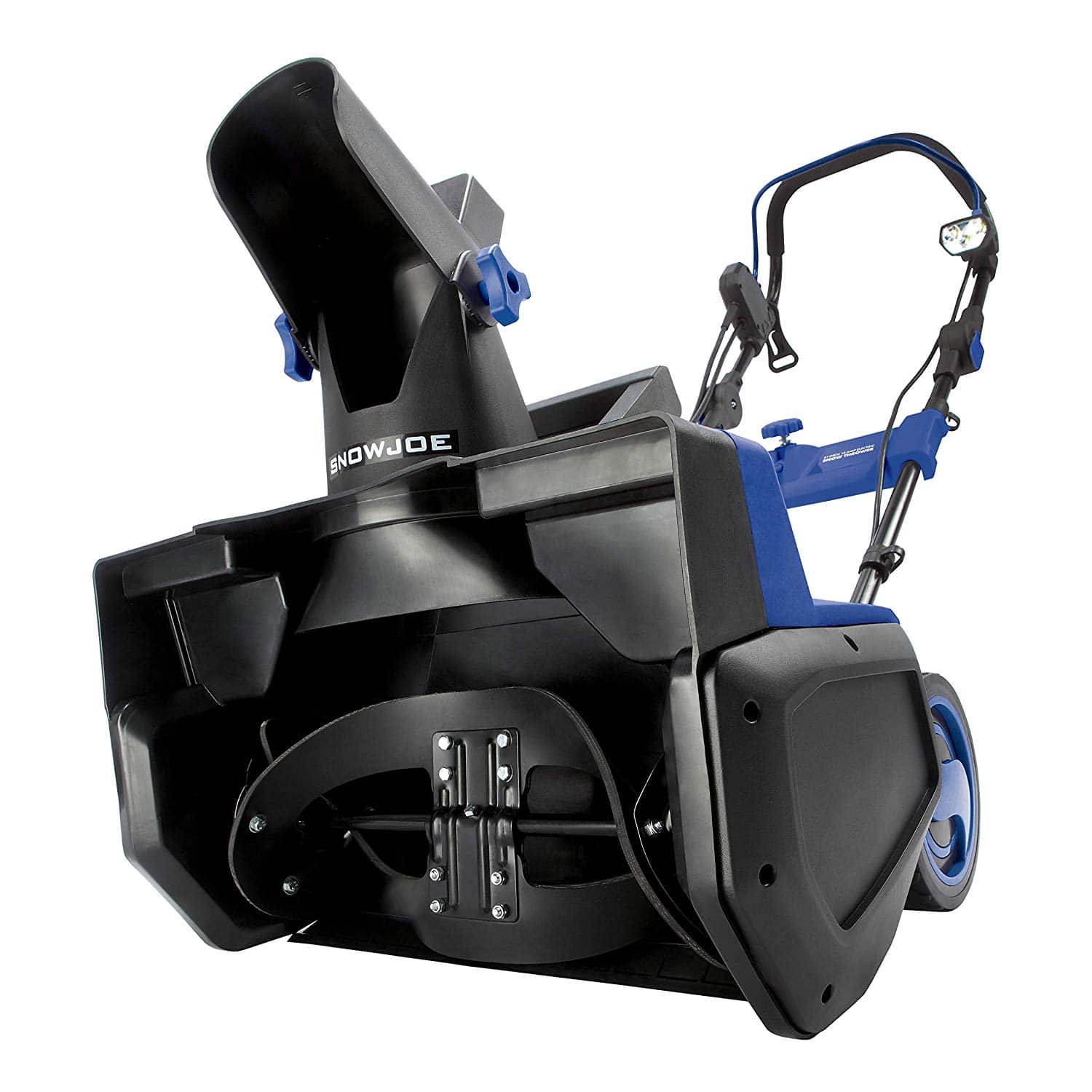 The single-stage blowers are available in widths of between one to two feet, which makes them ideal for narrow areas. However, due to their motor designs, that are only suitable for handling light snowfalls. If you want to clear up large areas or remove a lot of snow each year, consider getting a dual-stage blower which offers more power.

A dual-stage snowblower comes with an impeller, which sits behind the auger. The role of the impeller is to propel snow up through a component referred to as the chute. Such a design allows the auger to function more effectively, especially through the dense snow. More so, it also makes it easy to throw snow farther, such that you don’t have huge banks of snow accumulating on your driveway. The dual-stage blowers also provide improved clearing widths, such that you spend less time working on the snow. 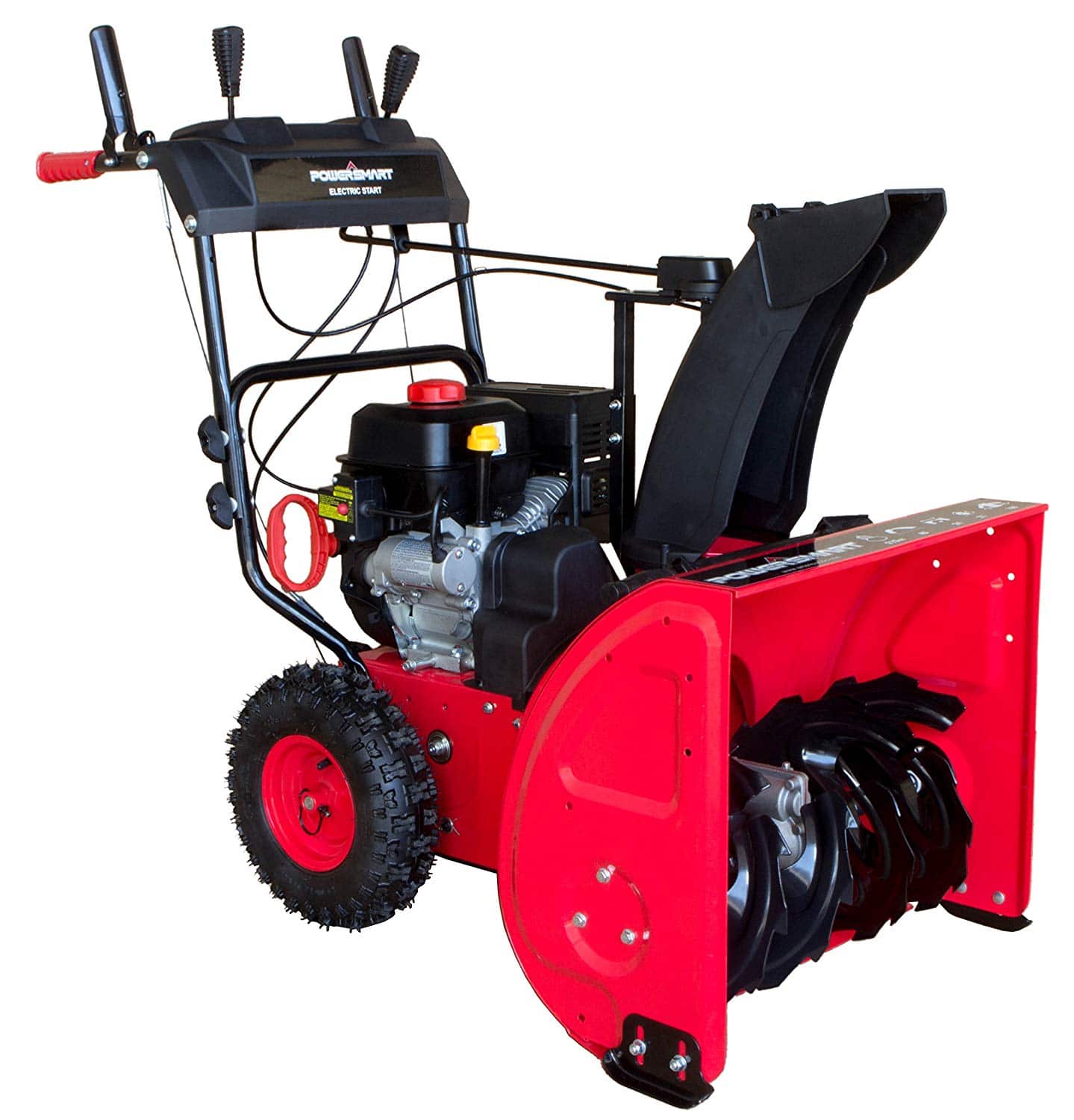 Since dual-stage gas snow blowers have heavy engine designs, they often need self-propelled wheels for ease of use. Such a unique design also means that the auger won’t make any contact with the surface. More so, it also means that the height will be adjustable, and you can use the blower on your preferred surface type.

The three-stage snow blowers are ideal for those who want high levels of power for clearing snow. These gas-powered snow machines come with an accelerator on the auger, and impeller fan set up for moving snow easier. More so, these snow blowers are suitable for removing thick snow of as much as 1 to 2 feet.

The primary way a three-stage snow blower works is through an accelerator. This refers to an auger which is positioned between the sides of the conventional auger. 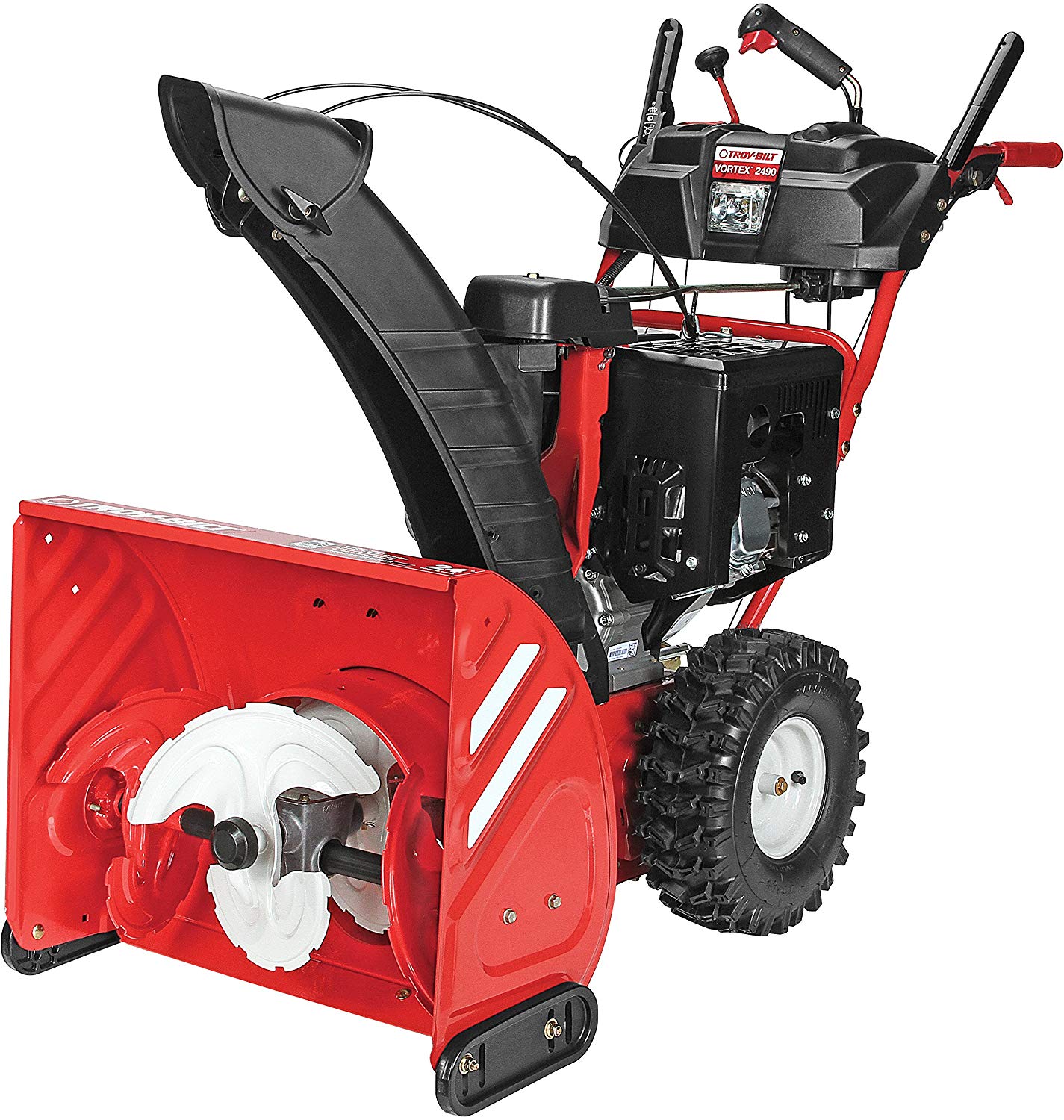 The auger rotates in a motion perpendicular to the auger, and this improves the snow removal results of the machine. Also, the clearing path becomes more expansive as the snowblower improves in performance. You can expect a snowblower the clears as much as 30 inches of snow with each pass.

On top of that, most three-stage blowers have features that make snow removal a convenient and straightforward process. The majority of the famous snow brands even have heated handgrips, power steering, chutes and more. That said, all this power and functionality if not available on the cheap. A three-stage blower is highly likely to be expensive than a conventional single or two-stage snowblower.

A snow blower consists of various key components which work to remove snow. The common ones include:

This is the second component of a dual-stage snowblower, and it sits right behind the auger. It works to grab the snow and directs it up the chute. Otherwise referred to as an impeller, this component should be made using durable materials that can withstand exposure to items such as rock.

Just behind the auger exists a component referred to as the chute. It is a big chimney which directs the snow as an outlet mechanism. The ideal chute should be easy to adjust, such that snow goes out away from the cleared area. In most cases, you have to customize the direction manually, all though some electric brands have electronic adjusters.

How Does A Snowblower Work FAQs?

Q. What is the difference between a snowblower and snow thrower?

A. Living in winter, prone areas means that you come across a host of unique snow removal tools. Snow throwers are smaller snow removal machines, and single-stage engines classify in this category. This is because the single-stage snow blowers use a unique technique to remove snow. These machines consist of an auger to literally collect and throw snow away from the cleared area. On the contrary, the larger two and three-stage snow blowers consist of an impeller. The impeller works to blow snow from the chute, but can sometimes be sold as snow throwers.

Q. How do I choose between a single, two and three-stage brand?

Q. How do I store a gas snow blower between seasons?

A. Being able to store your snowblower during the offseason is vital because the gas can corrode and compromise the metal components of the snowblower. Consider draining the fuel from the tank before you store the snowblower. Also, consider adding a fuel stabilizer to the tank, to ensure the gasoline is ready and to prevent any breakdown issues. That said, adhere to your manufacturer's instructions to ensure the best storage and use results.

Winter should be a time to enjoy the festive season and some leisure time with the family. However, the threat of snow accumulation on your driveway on your lawn can make it difficult to reach the car, let alone reach the road. Thus, it would be best if you got a good snow removal solution for your needs. When you have a snowblower, you have to understand the basic way in which the machine works. Equipped with such information, you will be in an excellent position to make the most of the machine. You will also be able to store it correctly, and ensure that you get the best value for your money with the machine.