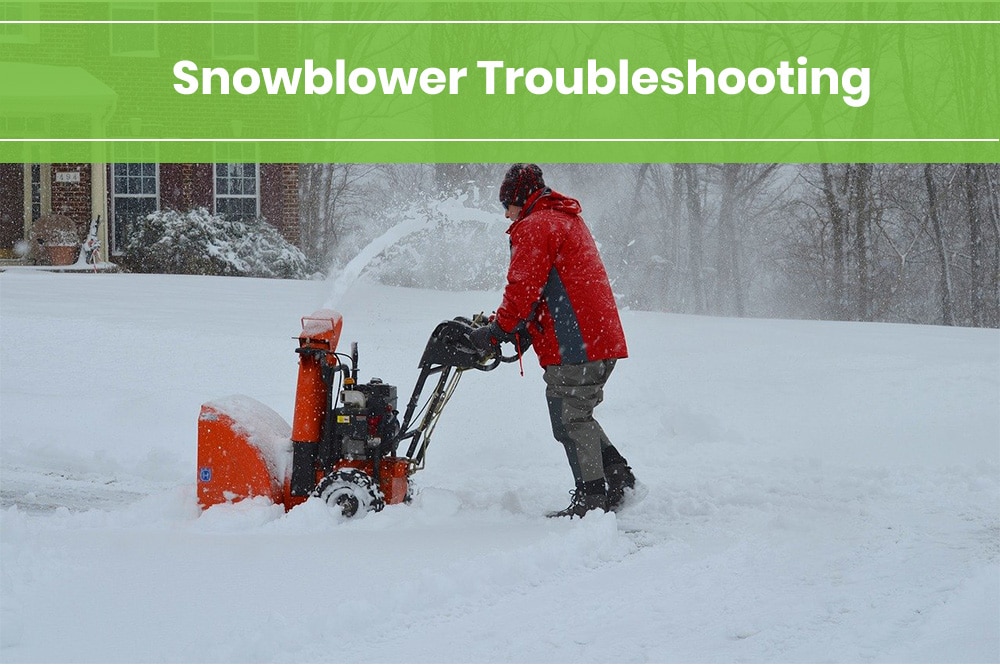 Are you facing any issues with your snowblower? Well, we have the perfect solution for your needs. Just in the same way that a car engine would require maintenance, is the same way your snowblower requires attention. Occasionally, the blower will fail to perform and might need some tuneup procedures. It's normal for the machine to have a compromise in performance every once in a while. Various issues can prevent your snowblower from function. Let us learn about the common ones.

The following are some of the common reasons as to why your snowblower may fail to start next winter:

Is your snowblower running, but fails to scoop and throw the snow. Well, consider these top issues:

Snow Problem 5 – The Wheels are Not Turning

A snowblower is a mechanical machine, and you need to keep it well maintained to ensure the best results. That said, learning about its functionality and performance is relatively simple. There are various key factors to consider when you want to maintain a snowblower. The list above consists of some of the common snowblower issues that you are likely to come across.

Learn about these common issues and their fixes to ensure you can have a reliable appliance for your needs.