Published: Nov 27, 2019 · Modified: Mar 7, 2022 · This post may contain affiliate links. As an Amazon affiliate, I may earn a small commission from visited links at no additional cost to you. ·

Cilantro is a plant that requires full light and sun, especially when growing in the southern zones. The plant grows well in well-drained and moist soil. The plants, on average, should be placed 6 to 8 inches apart. Furthermore, the best sowing should be in between 2 to 4 weeks late spring.

Coriander can either be planted for its seeds or leaves. The are various species available, and the variety you choose for your garden is essential. A seed variety is likely to produce seed quicker, as when compared to the leaf variety. That said, once the plant starts to seed, the leaf production process will stop. If you want to prepare coriander leaves for cooking, the picking time for the leaves will be relatively shorter.

Broadly speaking, the Calypso or Leisure species of the plant are ideal for leaf production. This is because they grow well after pruning, while Santo will produce bigger flower heads and start to seed much earlier. While you don’t have to settle for these varieties, it's crucial that you evaluate the type of seeds used each time.

Popular among various European countries such as India, Africa, Spain and Russia, Cilantro is ideal for multiple types of cooking. The plant is believed to be native to North Africa and is also popularly used as a medicinal ingredient.

Should I Plant Cilantro Seeds or Plants?

The best approach for growing Cilantro is in a garden, where the plants receive adequate shade and sunlight. The plant grows fast, so it will be best if you start with the young plants indoors. Also, cilantro develops a taproot, which means that it won’t be suitable for transplanting. 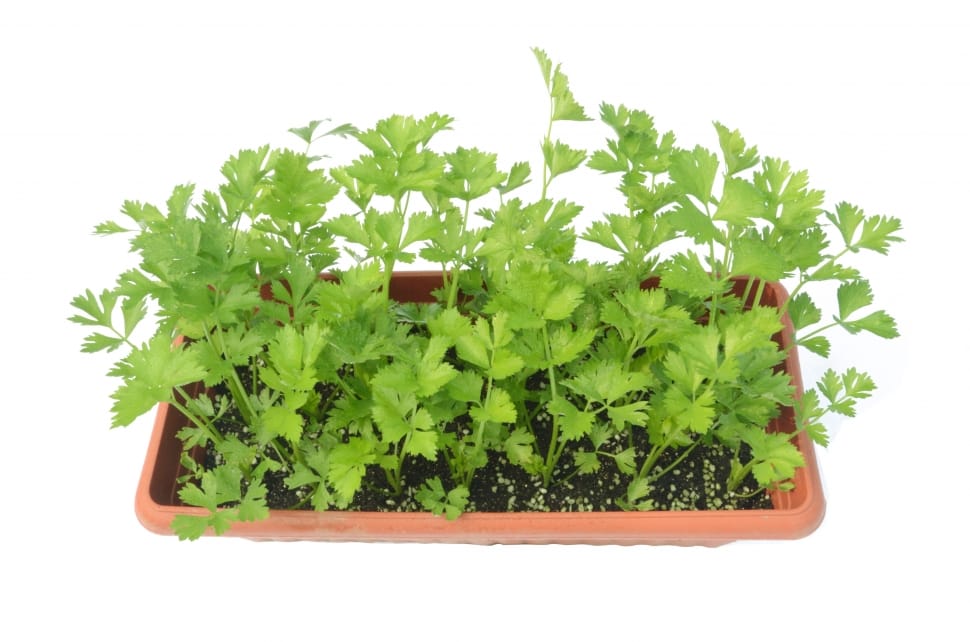 That said, if you want to harvest some leaves at times such as late in the spring, consider applying informed measures. For instance, about two weeks before the last frost date, place some cilantro indoors in pots that you can transplant into a garden. The seeds grow on average between 7 to 10 days.

The first step is to prepare to some soil and incorporate some compost or any other organic matter into the planting area. Then, work the material into the ground to an average height of about 20 inches. You will then have to rake around the area until smooth. Sow the seeds on average ½ inches deep into the garden in the early summer, or late in the spring. The ideal spacing between the seeds should 6 to 8 inches apart. Also, provide sufficient moisture to the plant, and also consider using water-soluble fertilizer as the plants grow.

Since cilantro grows relatively fast, it also grows well during fall in sunny locations. To ensure a steady supply of fresh leaves, make sowing on average after three weeks, with the process starting early in the spring.

When growing cilantro, your goal should be to produce the maximum amount of foliage. You can cut the cilantro plants an inch or so, to promote optimal plant growth. Cut the top section of the main stem as soon as it starts producing seed pods and buds. Sniping the flower heads means that the plant can redirect energy into various other aspects of the seed and flower production.

Observe the development of the plant, especially as the weather gets warmer. The plant has a short life cycle and develops quickly in warm weather. Once the plant produces seeds, the quality of the foliage decreases significantly.

The plant rarely faces serious complications with diseases or insects. More so, due to the potent scent produced by the plant, it also acts as an excellent pest repellant. The two complications that could affect the development of cilantro include powdery mildew and leaf spot. The latter occurs as small yellow spots, that turn brown over time. Any excessive moisture or lack of proper air circulation is also likely to lead to cilantro health issues.

You can prevent leaf spot by ensuring that cilantro plants are well drained and not over watered.

The cilantro leaves can be cut at any time of the year. Make use of the new and upper leaves, when you want to prepare leaves and not the overly matured and ferny like leaves. Similar to other herbs like lavender, you can NOT normally dry and save cilantro for future use.

As far as coriander seeds go, the seeds are easy to harvest and store. The best time to harvest is on a dry day. Snip off the top section of the stems, when seedpods start turning brown and break due to pressure. Ensure that you harvest the pods before the seeding process. Once you cut the stems, place the seed pods in a paper, such that you can store the seeds. Complete the ripening process by setting the seeds in a well ventilated and dark place. You can also shake the pods and roll them around to help remove the seeds.

Cilantro seeds actually classify as fruits that contain as many as two or more seeds. This means that you might have to purchase more than one plant using each seed. You can either use small seedlings or allow them all to grow.

While cilantro is a plant that survives in cold weather, it is also sensitive to frost issues. Thus, use row covers to help protect your plants, especially during the winter.

The garden owners in Zones 8 and up might achieve better results when sowing cilantro during the fall. You can even perform succession sowing up until the winter.

The most significant challenge of growing cilantro is that it seems to experience abnormal growth during the harvesting period. This is because it responds to factors such as the length of daylight. The plant will not grow significantly during the fall, but during the summer, the plant will flower and then seed. However, you can stall the blossoming period through various techniques. For instance, you can shade it, keep it moist and harvest the leaves as often as possible.

The best way to avoid abnormal growth during the summer is to use succession planting techniques. You might have to pamper the seed by ensuring the soil stays cold and moist, or this might even compromise the germination process.

It might be easy to start the seeding process indoors in controlled situations. Just never allow the plants to become overly large because the cilantro rooting system is prone to damage.

Growing a specific type of herb means that you have to consider a few key factors to ensure the best results. When it comes to how to grow cilantro, you should note that it’s a plant that does well in warm and moist conditions. However, excessive water can easily lead to the development of mildew or compromise the development of the plant. Cilantro is not a hardy plant, and you have to ensure that you harvest it before the seeding process.

When growing cilantro, your main goal should be to produce the best amount of foliage. Unlike most herbs such as lavender, cilantro does not have the same benefits when dried and stored. It is best used when fresh, and still rich with useful compounds.